Protecting Our Rights Since 1975 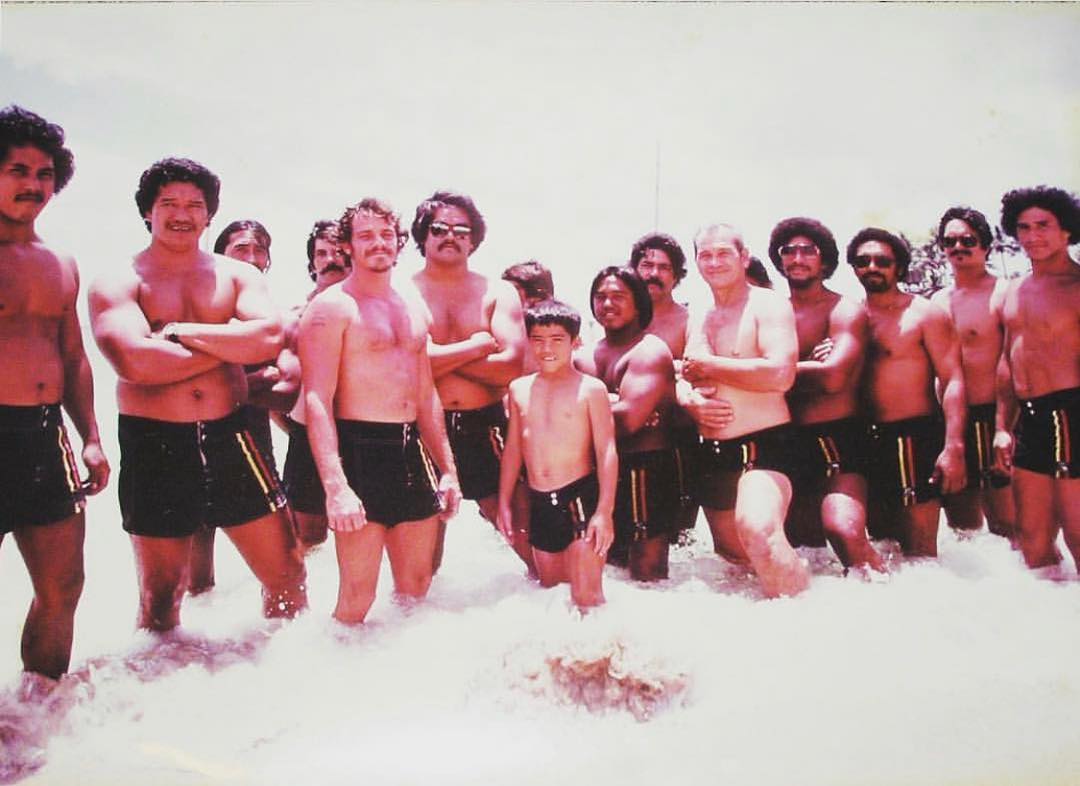 >> In the Winter of 1975, after witnessing foreign defiance claiming title to Native Hawaiian surfing, a core group of North Shore Watermen gathered and held a meeting (casually in a backyard) with one goal in mind, to protect the rights of Native Hawaiians on land & sea. In addition to preserving the Native Hawaiian culture for educational purposes and to prohibit abuse by State of Hawaiʻi & City and County of Honolulu government agencies and other parties.

The club name, colors and logo were blessed & created by family members of the founders of the Hui O Heʻe Nalu. The infamous club shorts or “black shorts” worn by club members only was created as a symbol of Native Hawaiian strength & unity.  The beginning years of the Hui O Heʻe Nalu (later nicknamed “Da Hui” for short (DA is Pidgin English for “the” and HUI meaning “club” or “group”) were challenging and feisty times; eventually establishing a major footprint on the North Shore and Worldwide.

The current atmosphere of the Hui O Heʻe Nalu is more family and community oriented; but never losing sight of the club’s mission statement created in 1975.  Among the mission statement, the Hui O Heʻe Nalu instills the urgency of being good cultural stewards through its events and community participation with an emphasis on being Kiaʻi (protector) of all things Kanaka Maoli either on the ‘Āina (land), the Ke Kai (the sea), or the Ka Moana (the ocean).

The Hui O Heʻe Nalu fully supports the preservation of Mauna a Wakea and other Native Hawaiian movements.  In attendance as standing guard as kiaʻi at Puʻu Huluhulu, participating in Kū Kiaʻi Mauna marches/protests around the globe and sitting face to face with officials who attempt to defy our mission statement.

At this time the Hui O Heʻe Nalu has approximately 400 active members all living in Hawaiʻi, Tahiti, other Pacific Islands and the U.S. Mainland.  Presently, Hui O He’e Nalu membership is welcomed but with the conditions that take heed to our mission statement and vision.  A current member of 10 years or more membership may sponsor in any potential members.